The Back Story Behind a Novel 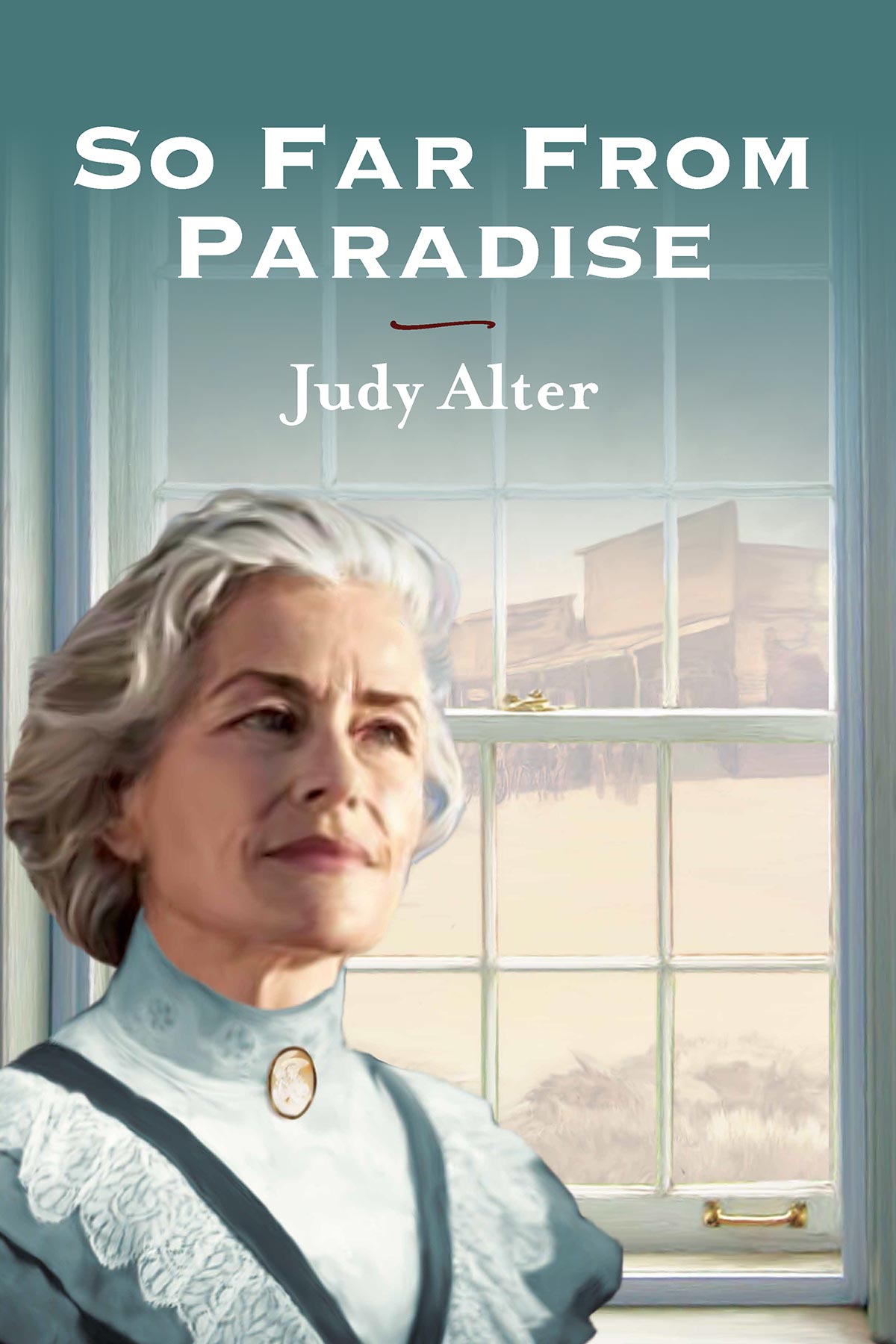 Today is what I’m calling a soft launch for a reprint of one of my early novels about Texas, So Far from Paradise. But I’m sharing the story behind this one, because I think it’s kind of interesting. I hope you will too.

In 1986 a kind of fervor swept Texas as the state prepared to celebrate its 150th anniversary. The governor appointed a Texas Sesquicentennial Commission, cities hired special coordinators to oversee events, and everyone practiced pronouncing “sesquicentennial.” Larry Swindell, then-book editor of the Fort Worth Star-Telegram, called me to say he was looking for a novelist to do a commissioned work for the newspaper. I immediately suggested Elmer Kelton. Larry countered with, “I like the idea of Judy Alter.” At that point in my career I had only published two young-adult novels. Me, take on a long adult novel? I hemmed and hawed and suggested other people, but Larry was persistent. Suddenly it dawned on me I was looking opportunity in the eye and about to blink. I agreed to write a novel that would be serialized in the paper. Shades of Charles Dickens.

Larry was liaison for the project, and I remember him emphatically declaring, “We are not going to write a novel by committee.” He was available and generous with his advice, but he never dictated. I was on my own, a greenhorn at fiction, but I produced 75,000 words which were published in twice-weekly installments. The newspaper provided striking illustrations.

Reaction to the novel was a surprise to me. One woman called to say that her great-grandfather lived in Paradise (it actually is a small town in Texas), and I responded with a polite, “Really?” She was a bit exasperated when she replied, “Don’t you see? They would have known each other.” A man wrote to say he’d gotten a degree from TCU and did any of the Beldens go to TCU? My fiction had become my readers’ reality—a high compliment, I think. I admit I got used to answering the phone to hear praise, so it was a shock one day when I cheerily said, “This is Judy Alter” and the voice on the other end informed me it was the IRS calling and my ex- and I owed them a bunch of money.

The year came and went, and Sesquicentennial faded as folks moved on to other things. I began writing historical fiction in earnest, put So Far from Paradise behind me, and sailed on to a career that involved historical fiction, cozy mysteries, cookbooks, a book column or two, essays, book reviews, even blogging. Lately though, my research has turned back toward Texas and its rich history, and suddenly So Far from Paradise seemed relevant again. Thanks to Steve Coffman, editor, and McClatchy newspapers for giving me permission to give the novel new life as an eBook.

Ranching is a man’s story, but in So Far from Paradise, Cassie Belden recalls the story from a woman’s point of view—life on the plains of North Texas, the Comanche and Kiowa raids, the cattle drives, the building of an empire, and finally the move to Fort Worth, where the city shaped her family’s life even as the cattle barons shaped the city of cowboys and culture.

Fort Worth historian Carol Roark, who edited this go-around for me, said the novel reads like a cozy only it’s a western, not a mystery. Maybe I’ve, unconsciously, combined the two genres that have always held my attention.

So Far from Paradise, as an eBook, is available for $3.99 on Amazon, Kobo, B&N, Apple Books, Tolino, and several subscription services.